From the sporting past to future wellbeing: Intergenerational sports heritage in Glasgow’s Southside 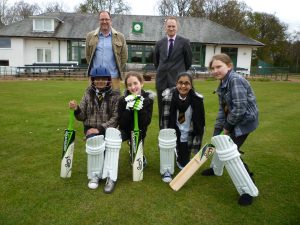 Collaborators: Shawlands Primary School, Shawlands Bowling Club, Polloc Cricket Club, Clydesdale Cricket Club, Govanhill Baths Community Trust, Titwood Tennis Club and Pollok Football Club.
Grant Body: AHRC
Grant Name: Care for the Future
Grant Date: February 2013 – Ongoing
Project Areas: Media and Sports
Description:  This project was prompted by a need to understand the meaning and values of contemporary sports culture, which is increasingly viewed as being overtly commodified, dislocated from communities and in some cases socially exclusive. For more than a century local amateur sports clubs were sites of important social and cultural bonds in communities. Today, many clubs struggle to recruit new members and face financial hardship. This decline in sports clubs is partly due to the changing nature of sport and fitness practices, which have become more individualized, but also the failure of clubs to accommodate and appeal to young people’s social and cultural needs. The research is therefore an innovative attempt to bring together a care for future recreational needs and wellbeing, with the cultural heritage of sport and its connections with local communities. Intellectually, the research connects with other projects aiming to understand and interpret the cultural transmission of practices of the past with those of the future, as well as those interested in how cultural inheritance, collective memory and intergenerational media research can be interlinked in innovative ways.
Web Page: http://sportheritage.wordpress.com
________________________________________________________________