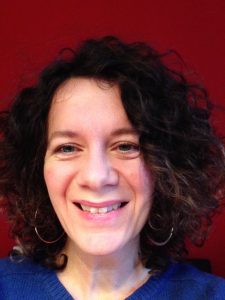 I joined the TV production team at Stirling in September 2017. I am a TV producer, developer, writer and lecturer. After a postgraduate journalism course at the Scottish Centre for Journalism Studies (Strathclyde and Caledonian Universities), I exchanged improbable programme ideas for a work placement in BBC Radio.  This launched a freelance career in radio and television spanning many years.
I’ve made programmes for the BBC, Channel 4 and STV across factual genres; ob doc, specialist factual, factual entertainment and formats. The pursuit of stories has taken me to some unexpected places; the dungeons of Edinburgh Castle, the top of the Forth Rail bridge (never forget to turn your back to any passing trains!), the bars and clubs of Faliraki and the A+E department of Ninewells hospital. I’ve worked with a lot of well-known faces, but the only time I’ve ever been star-struck was on meeting the Wombles.
I’m seasoned developer of programmes, I’ve written features and columns for newspapers, magazines and online. Ideas have been my currency throughout my career. I’ve also spent almost a decade teaching television production to college and university students.
I’m very excited to be working on the new Masters in TV Content Development and Production. I’ll be teaching development and production in Access Documentary and Factual Formats as well navigating the wilds of freelancery in our Industry Experience module.   ​