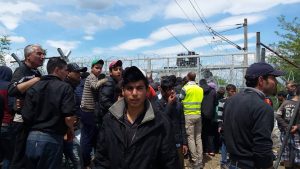 For my Journalism Project I travelled to the Greek Island of Lesvos and the border region of Idomeni.

Both these regions are hotspots of the recent refugee migration to Europe, dubbed by many news outlets as the migrant crisis.

It has to be said that the whole project was fascinating at first. You hear so many stories and have so many mental images of what to expect but the reality is so far detached.

You imagine chaos, excitement and anger but in reality, there is an overriding feeling of hopelessness. The people you meet are very capable, many from middle-class backgrounds and lifestyles, but the situation that is unfolding is as alien to them as it is to us.

There is an incredible sense of humour and resilience throughout, but the narrative has changed dramatically since the death of Alyn Kurdi claimed the attention of Europe last year. For many people and media outlets, the crisis is no longer top news, it is part of life, a filler for the middle pages of newspapers and the end of broadcasts.

During my three-and-a-bit weeks on Lesvos more than 50 people lost their lives trying to get to the island. This was normal, people were used to it, and so was I. It was only when I stood on the shore and looked across to Turkey with ease, realising the stretch of water was barely 10 miles in length, that it sunk in how easily preventable the thousands of tragic deaths could have been. 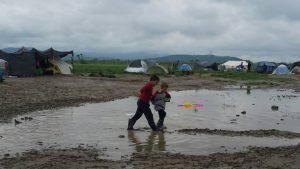 Over in Idomeni there has also been a depressing realisation throughout the camp that they would not be going anywhere soon. Everyday people seemed more resigned to their fate. The common thread, they were terrified of being forgotten there.

When I travelled to Greece I was already quite pro-refugee. I wanted to keep an open mind and look at the effects it has had on the local communities but I also wanted to prove myself right.

Coming away though, it is difficult to take a clear outcome. Nobody truly understands the complexities of what is happening, and I feel it would take me years to say I had a good understanding.

On a purely human level though it is impossible to feel anything other than admiration for these people. They are all different, they all have been through so much to get to this point, and as the tens of thousands sit trapped near the Greek border, they still smile and laugh. 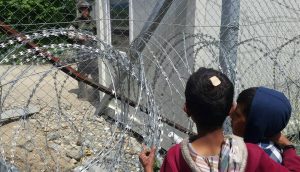 When the numbers are so large, and so many stories have been told, it is difficult to remember the individual. The daughters and sons who have died, the husbands and wives of terror victims trying to get their kids to safety, and the young couple, who are just hoping to find a good life to live.

Thousands from across Scotland and Britain have given time and money to the cause and been critical to the aid effort. In Westminster though, some of the most senior government officials have continued to use terms such as “bunch of migrants”, even referring to the mass migration of people as a “swarm”, while in Holyrood, the subject has barely been touched upon for months on end.

I don’t know if Britain should open its doors to the thousands who are currently stranded, it’s not for me to say. I just feel it is a discussion we should probably be having.