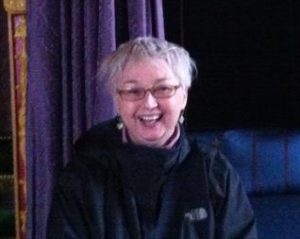 It is with great sadness that we have to announce the death of our dear friend and colleague, Dee Amy-Chinn, on Thursday 3rd December.

Dee joined Communications, Media & Culture at Stirling in 2009 from Oxford Brookes University. Her academic career began as a mature student: inspired by her MA in Gender, Sexuality & Culture at Birkbeck, she then undertook a PhD at Royal Holloway, focusing on the regulation of controversy in UK advertising. Dee’s intellectual interests were broad though underpinned by a consistent interest in gender, sexuality and questions of representation. She published widely and eclectically, on everything from popular television to queer theology, sex testing in sport to feminist pedagogy. Dee was an inspiring teacher, able to bring out the best in her students. And, as a colleague, she was equally supportive. She made a wonderfully  cheerful, efficient and organised Deputy Head of Division whom we miss daily as we realise just how much invisible labour she took on, unheralded, to keep us all afloat.

Gender Studies at Stirling owes it’s existence to Dee and Alison Jasper and, whilst Dee retired before they welcomed their first students, she has very much been a presence in our classrooms, on our reading lists, and in the two prizes for Gender Studies which are awarded annually in her name http://www.stir.ac.uk/arts-humanities/research/centres/centreforgenderandfeministstudies/ 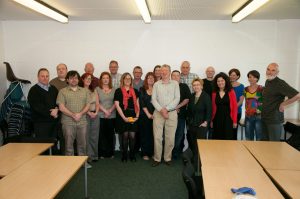 Dee took early retirement on health grounds in June 2013 and – despite a grim prognosis – was very much focused on living. In her last years she enjoyed many travels – near and far – with her husband Steve and they remained intellectually and culturally engaged with the life of the University and their adopted home of Stirling. Dee’s last trip to campus was for Alan Little’s Hetherington Lecture in November when she was sharp as ever, with a pointed question about the ‘Scottish 6’ which, she said afterwards, she’d been waiting to ask since her Stirling job interview.

It was a true sign of Dee’s intellectual voracity and matter-of-fact approach to life – and death – that she faced her illness unsentimentally and with curiosity, accumulating a deep knowledge of her condition that impressed the medics who treated her. She once remarked that Hospices really should have a special ward dedicated to neo-Foucauldians!

In the absence of the neo-Foucauldian ward, Dee was able to remain at home with Steve, where she wanted to be, until her death.

Anyone who can’t make it on the 18th but would like to send their condolences, you can message gender@stir.ac.uk and we will ensure that any messages are passed on to Steve.