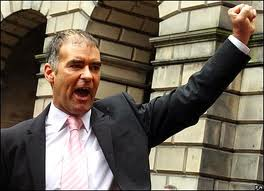 Former Scotsman political editor Fraser Nelson, now editor of The Spectator, has written an excellent analysis of the collapse of the Andy Coulson perjury trial and the prosecution of journalists, making very valid points about what it is easy to argue has become the judicial persecution of journalists who believed they were doing their jobs lawfully.

Nelson argues that even the laws to prevent phone hacking were unclear, although the 2000 Regulation of Investigatory Powers Act under which most of the phone hacking prosecutions have taken place makes it pretty clear unauthorised access to electronic information by anyone other than the sender or recipient would be an offence. And ignorance being no defence, if the journalists involved weren’t sure they should have checked.

That people’s lives have been devastated by phone hacking is not in doubt and those responsible are feeling the full force of the law. No-one argues  they should not.

But as far as paying or rewarding sources for information, few journalists were aware this could land them in court until it was clarified by the 2010 Bribery Act. Under Operation Elveden, the investigation led by the Metropolitan Police into allegedly corrupt relationships between reporters and public servants, scores of journalists have been arrested, more often than not on the basis of information leaked before the Act was passed.

Very few, if any, journalist would have been aware of the offence of misconduct in a public office, far less that of aiding and abetting such misconduct, and this legal trap is not mentioned in the standard legal textbooks used on journalism training courses. So until 2010 most  journalists wouldn’t even have been aware this obscure law was something they needed to check. No-one is in any doubt now.

As for the Coulson trial, the 1911 Perjury Act states that any misleading statements under oath must be “material” to the case and there was never any doubt in the original trial that the questions Coulson was asked to answer had nothing al all to do with the central allegation that Tommy Sheridan had lied about his visits to a sex club in his defamation action.

You can read Fraser’s column here.

This blog was previously published on 5th June 2015 on http://www.scotns.org.uk/