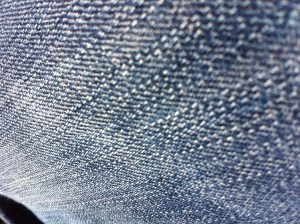 When the editors of the peer-reviewed International Journal of Jungian Studies first approached me in the Winter of 2012 with the idea for putting together an IJJS special issue on moving image, I jumped at the chance. Although not a Jungian myself, I have some notable publications on the subject, and a broad schooling in the theoretical development (in the sometimes very different worlds) of time-based screen media and in depth psychology has meant that the kinds of interdisciplinary approaches found in Jungian-oriented scholarship come quite naturally to me.

However, I can also appreciate the view that such approaches might not seem so natural from outside this circle of scholarship. There have been moments in my career where I have discovered some resistance in the Jungian community to any definitive action towards film studies, and in particular, there is something of an unspoken view that the study of popular film and media forms is somewhat unworthy of the attention. The level of work in the special issue illustrates the dynamic state of the movement of Jungian-oriented approaches to the moving image. The colleagues I asked to contribute to the journal are generally known for their professional generosity, their openness and their willingness to innovate. They are also very familiar with the (now old and tired) arguments in film and media studies concerning whether or not popular cinema and popular forms of media are worthy subjects. Quite rightly, such trivialisation of popular cinema has long been dismissed in film and media studies as elitist.

The Jungian-oriented approach to analysing the moving image (and indeed, the cultural apparatus underpinning such phenomena) is both useful and important for a number of reasons. Not least, popular visual culture, aside from being among the few remaining mass entertainment economies, forms such an important part of the everyday emotional work that we encounter and embody, that it would seem strange not to devote robust and critical psychology thinking to the study of such cultural products and experiences.

Indeed, this emerged as an undercurrent and recurring theme in the work published in this issue, and I am very pleased to have played a key part in its development; indeed I am privileged to be able to continue my on-going involvement with the journal as Associate Editor. Even more encouraging are the events subsequent to the issue’s publication in June of this year. Over the Summer, colleagues have been busy setting up a new association to explore the interconnection between the academy, the arts and the clinic. It is to be called Psychology and Moving Image International (PaMII) and its remit extends to bring scholars from all over the world who work within these fields to come together in dialogue to explore the key questions of the day in film, media, communications and culture from a depth psychology perspective. It seems to be a good time to be a (not) Jungian.

Special Issue of the International Journal of Jungian Studies:

Jungian Perspectives on the Moving Image: Cinema, Television and Beyond
http://www.tandfonline.com/toc/rijj20/6/2 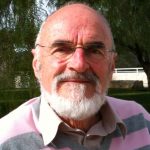 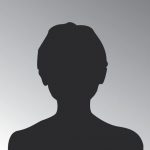 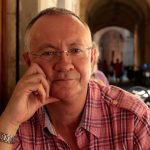