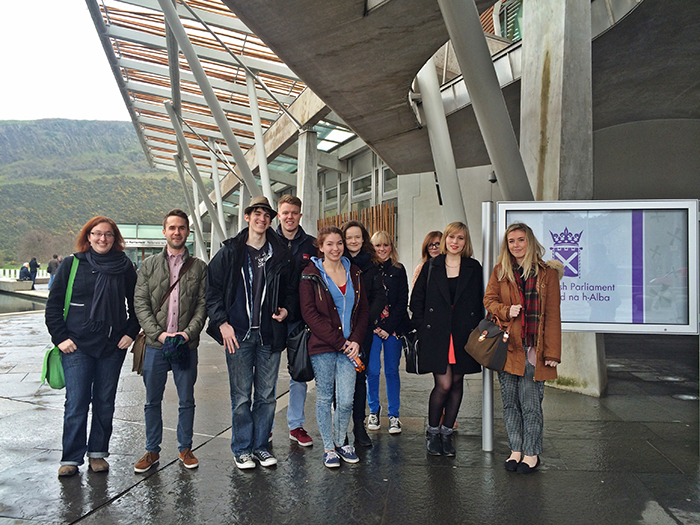 There is no denying that for many journalism students, a substantial amount of our future will include politics. Not necessarily because we choose this as our area of expertise, but because it affects close to everything that is worth reporting on.

Journalism’s relationship with politics goes way beyond what we refer to as hard news such as government, crime and disasters. Politics is also essential within sports, arts and, less surprisingly, economics. A basic understanding of how one’s country is governed is therefore highly beneficial for any future journalist.

A visit to the Scottish Parliament and First Minister’s Questions last week provided us, students currently doing the journalism work experience module, with an extraordinary insight into how the game is played. Of course, this is something we read about in the papers and witness on television every day. But as Ruth Davidson, leader of the Scottish Conservatives, put it: “It’s nothing like what you see on the BBC. It’s way louder.”

She was right. The directional microphones used to record the eager display of rhetoric do not do justice to the political discussions allegedly forming our everyday lives. Perhaps the war of words that has taken place in the House of Commons for centuries served as a warning against recording the full range of what is being said. This is not to say that the MSPs are more civilised than their colleagues in Westminster. Far from it.

Although it might seem as no more than a show, this is basically the hub of power north of the border. Not the debating chamber itself of course, but the Parliament as a whole. Therefore, there can be no doubt about the importance of knowledge about how it all works for students who in a couple of years will report on a wide range of issues affecting the public. 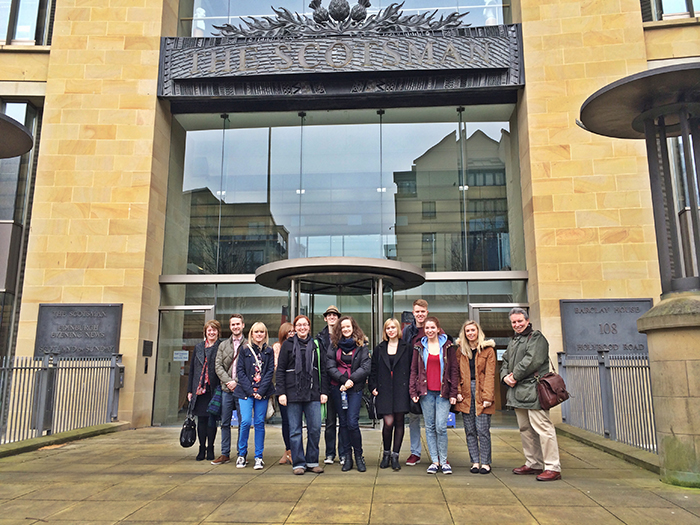 We were, however, not exclusively political on this day. After having had lunch in the Parliament’s cafeteria, a five minute walk took us to the offices of the Scotsman and the Edinburgh Evening News, of which the latter was our set destination. The editor, Frank O’Donnell, despite being as busy as only an editor can be, generously shared his thoughts about the organisation before initiating a Q and A.

If there’s one thing that is certain for journalists, it’s that the future is not. Visits like these are, therefore, quite helpful in understanding what we’re likely to become part of. Whether it be as writers, correspondents, editors or news anchors.