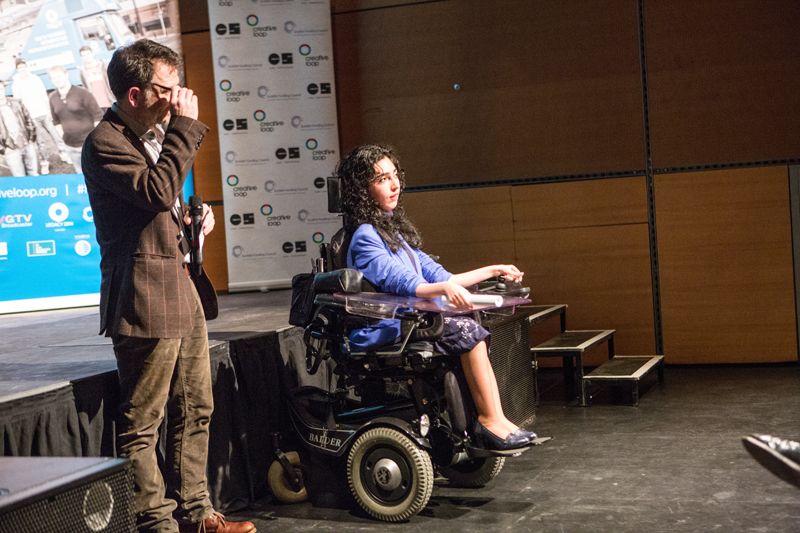 Two Film and Media students from the Stirling University were winners at the Creative Scotland Student Media Awards at the CCA in Glasgow on 20th March.

Both proved themselves against tough opposition to pick up coveted awards.

Fourth year student Erik van Berlekom won the Live Editing competition, cutting a two minute piece from some documentary rushes in a contest judged by BBC Scotland’s Senior Editor John Steventon. Erik’s words: “I’m incredibly chuffed to have won this Creative Scotland Award. I’m hugely indebted to the Film and Media course at Stirling University for giving me both the opportunity to enter the competition, and the skills to do well at it.” 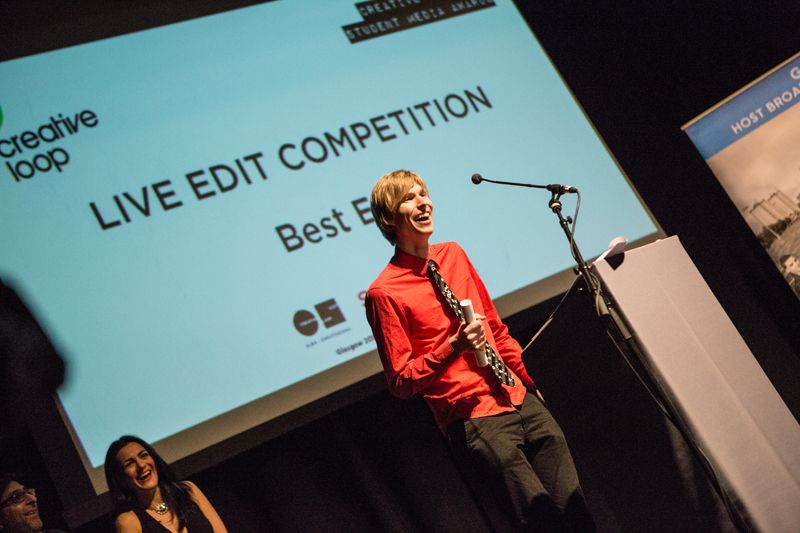 Kiana Kalantar-Horonzi, in the third year of her degree, was one of three winners of the contest for Best Pitch, to a brief set by international company Jack Morton Worldwide, who will produce the 2014 Glasgow Commonwealth Games opening ceremony. Eight students were shortlisted to present short film ideas on ‘What Makes Glasgow Great?’ As one of the winners, Kiana’s idea will be developed over the next few weeks with a view to producing a film to be shown in front of 40,000 people at the Games opening ceremony at Celtic Park in July.

Kiana said: “I’m in complete shock – I am so grateful for this opportunity, and for the chance the judges gave me to present my idea. I’m grateful for all the people who supported me, either directly, or indirectly, to get to this stage. This is where the real work begins. I hope that I can make something that will make everyone proud and make Glasgow proud.”

In addition, a production group made up of final year students Tommaso Aglietti, Laura Best and Grace Pearshouse were runners up in the Best Audio Programme category for a radio feature they made in 2013.

These are fantastic achievements. Erik and Kiana made the most of the opportunities and have picked up national wards for their efforts.