More often than not, Wikipedia is treated as a dirty word in Higher Education. Whereas its everyday use and usefulness is clear, there remains a stigma attached to the use of Wikipedia in HE contexts. Even Jimmy Wales, founder of the Wikimedia Foundation, has been known to advise against its use as a definitive resource – after all, why quote an encyclopaedia in university assignments, when there are so many specialist sources available in well-stocked university libraries?

However, recent months have witnessed a sea-change in attitudes towards Wikipedia, largely through a greater understanding of what it is and how it can be harnessed, along with other Wikimedia projects, as a powerful educational tool. Wikimedia UK has been involved with partnering influential AHRC initiatives such as the British Library’s Wikipedian-in-residence (2012) and a similar scheme has been set up at the National Library of Scotland. The Division of Communication, Media and Culture’s own resident wikipedian, Dr Greg Singh, has also been instrumental in engaging Wikimedia UK to facilitate workshops for students and staff on ways to work with wikis, and has been in discussion with open education organisations on the future of wiki-based assessment for blended learning projects.

With two major EduWiki national conferences in the last two years, and a handful of smaller, themed events, it is now timely to reassess the Wikipedia and other online sites. Run as part of CMC’s Research Seminar Series and facilitated by the School of Arts and Humanities and Wikimedia UK, this interdisciplinary event examines the status of the Wikipedia and other wikis as platforms for collaborative online knowledge-building. Online communities of trust and participation have formed their own cultural protocols and have led to all manner of creative user generated content; the building, sharing and transformation of knowledge; and even political engagement, within a broader context of social structures of freedom, expression, agency and public-mindedness. Such broadly civic values, associated in part with stripes of Western liberal tradition, arguably have at their heart an ethical dimension which engenders (or at least, seeks to engender) a more robust digital literacy than perhaps that which has come to shape policy-making and Web ownership in the last few years. 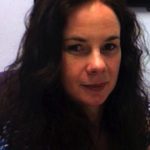 Lorna Campell from the Open Knowledge Foundation and CETIS 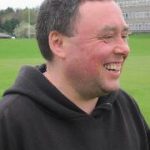 Professor Mike Wheeler from Stirling’s Division of Law and Philosophy 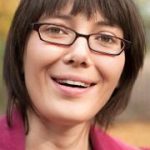 Dr Zoe Drayson from Stirling’s Division of Law and Philosophy 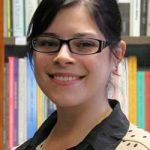 Dr Alison Crockford, Wikipedian-in-residence at the National Library of Scotland 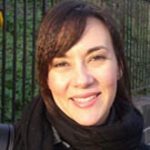 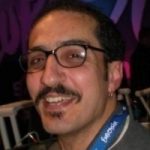 Dr Toni Sant from the University of Hull


Please circulate this information in your own networks. This symposium is an open event, and is free to attend, and lunch/refreshments will be provided. Advance registration is required, however, as it is anticipated that there will be a high demand for delegate places and space is limited. For enquiries or to book a place, please email: communications.media@stir.ac.uk