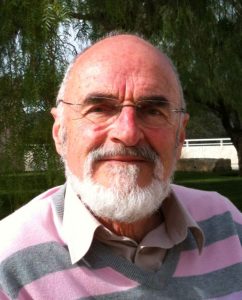 My memories of Stirling go back to the 1978 founding of what was then Film Studies. The University was one of five funded in the late 1970s by the British Film Institute, which seeded the subject in Higher Education by supporting a lecturer for three years.

It is strange to look backwards down the tunnel of time and watch the people who subsequently made a department peel back into the as yet invisible future. In place of 20 academic staff there was one. Instead of three technicians there was the same academic with occasional friendly assistance from the then university projectionist. Where we now have robust administrative support there was secretarial help from the French Department. And in place of two honours programmes, numerous postgraduate taught courses and research degrees there were… two freestanding undergraduate modules! Elements of Cinema and Genre in Hollywood, the former discontinued long ago, the latter taught again this past semester.

The only other visible sign of the new subject was equipment – a portable 16mm projector and speaker box. For some reason it had to be kept in my office (Cottrell 4B24) and carried up and down two levels to LTA1 on a… ahhh, there was the rub! The heavy expenditure already incurred had exhausted the budget, so the only means of getting the gear to screenings and seminars was by beast of burden (lecturer eager to extend his short-term contract). So with the projector elongating one arm, a box of films stuck under the other and the speaker hanging somewhere about my person… You get the picture, and so did the undergraduates, but my spine never will let me forget the University of Stirling.

Come the middle of September the great course began. Except it didn’t. A student strike was called instead! Not a protest against the advent of what its detractors called a Mickey Mouse subject, but some trifling national dispute. Staff and students at Stirling negotiated for days, and eventually teaching resumed. So, only a couple of weeks late, Film Studies began – possibly, though I won’t swear to this, with Orson Welles’s Citizen Kane.

A year later money was found to buy a porter’s barrow – another major investment and a welcome relief. But the following year much more was to happen which assured the subject’s future at Stirling. Dan Macleod accepted the first post in an even newer subject. Gloriously adding a video trolley and lone ghetto blaster to the film projector – riches beyond compare – we became Film & Media Studies. The future had begun to unfurl and hundreds more wonderful people, students and staff, were, whether they knew it or not, quietly preparing themselves to join us in the coming 35 years.