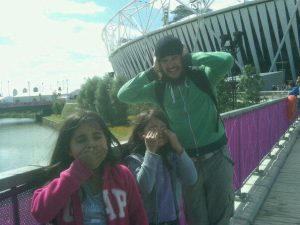 CMC’s new Lecturer in Media and Communications (Digital and Social Media) talks to us about his research interests and what he hopes it will bring to his new student audience.

I’ve taught at a number of institutions in various positions across the United Kingdom, including the University of Hull, where I was recently Lecturer in Digital Media, The University of the West of England, where I was Senior Lecturer in Media and Cultural Studies, London South Bank University, where I taught Film Studies and Critical Practice, and have guest taught at undergraduate and postgraduate levels at Goldsmiths and at Birkbeck, on their Psycho-Social Studies, and Psychodynamics of Human Development programmes, respectively. As may be evident from this, my teaching experience covers a wide remit of subjects and reflects an interdisciplinary interest in the fields of cultural production and consumption in general.

During the past few years I have been mainly focused on completing my PhD Thesis at the University of Reading (‘Cinephilia, Meaningfulness and Commodity-Identity: Contemporary Encounters with Popular Film Narrative and the Cinematic Afterlife’), and I have since proceeded to turn some of that work into various publications projects. Some of this work, for example, found its way into my second book, titled Feeling Film: Affect and Authenticity in Popular Cinema (Hove: Routledge, 2014).

This book engages the emotional work of cinema through a discussion of the different kinds of feelings that emerge through the contemporary cinematic encounter. It questions the popular idea of what cinema is, through a critique of purely textual approaches, instead offering a model which emphasises lived, warm (embodied and inhabited) psychological relationships between viewer and viewed. The book’s argument extends the narrative action of cinema beyond the duration of the screening into realms of anticipation and afterlife, in particular tertiary and participatory practices afforded through rich media engagement.

My research mainly focuses on the relationships between popular media production and consumption, and in particular the emotional investment of fans, and other audience and user groups in their engagement with everyday media. As with my teaching interests, my research also tends to be fairly interdisciplinary: my PhD thesis, for example, combined areas of cinema studies, philosophy of new media and depth psychology to gain new insights into the emotional work of cinema and the migration and transformation of narrative content as it is passed through tertiary production processes. It informed the arguments found in Feeling Film, a book which seeks to advance this approach within the context of a Jungian-informed psychology and contemporary movements in film-philosophy. My first book however (Film After Jung: Post-Jungian Approaches to Film Theory (Hove: Routledge, 2009)), sought to engage the mutual productivity of film theory and psychological theory from the Jungian analytical tradition, critically outlining key themes that can help transform the film theorist’s understanding of the psychological relationship between viewer and viewed.

More recently I’ve also been contracted to produce a third book for Routledge’s Psychology Press division, based upon my current research interests into new media contexts of psychology and connectivity. This work seeks to investigate the apparent demise of Web 2.0 as a concept and as a practice. It is my contention that, despite its tenacity in educational policy, Web 2.0 as a failed project has serious hitherto largely-overlooked implications in terms of the psychology of creativity and connectivity; social functions that many academic and cultural commentators have both championed and derided. This study will thus bring together three key elements of my research interests:

Therefore, this research will ask pressing questions around the need to develop a robust and shared media literacy; a media literacy that moves beyond policies on access, usability and IP; a redefinition of the term as an ability to engage relationships with people, groups, communities and institutions in sophisticated and knowledgeable ways.

I hope to develop these ideas further within the Division of Communications, Media and Culture at Stirling, in both curriculum development and in contribution to the Research Institute. It is quite a move from living in the South east of England to the foothills of Stirling, but to me the move is the right one. To be part of the oldest media department in the UK, with such a legacy of work, people and impact is to be very fortunate indeed. In turn, I hope that my place in the Division will, in some modest way, push the direction further into the forefront of media research in Scotland, the UK and beyond.

Outside of academia, I am fairly obsessed with music – the listening to it, the experience with it, and the making of it. I’m an active songwriter/performer and have been playing out and about since the age of fifteen either in bands, or more recently, as a solo artist. I was founder and curator of Bucks Songwriter’s Circle, and I hope to re-engage that process in Scotland. I’m hoping that the rugged environments to be enjoyed in and around the foothills and the West Highlands will inspire me to finally complete that first solo album I’ve been writing for the best part of the last decade.